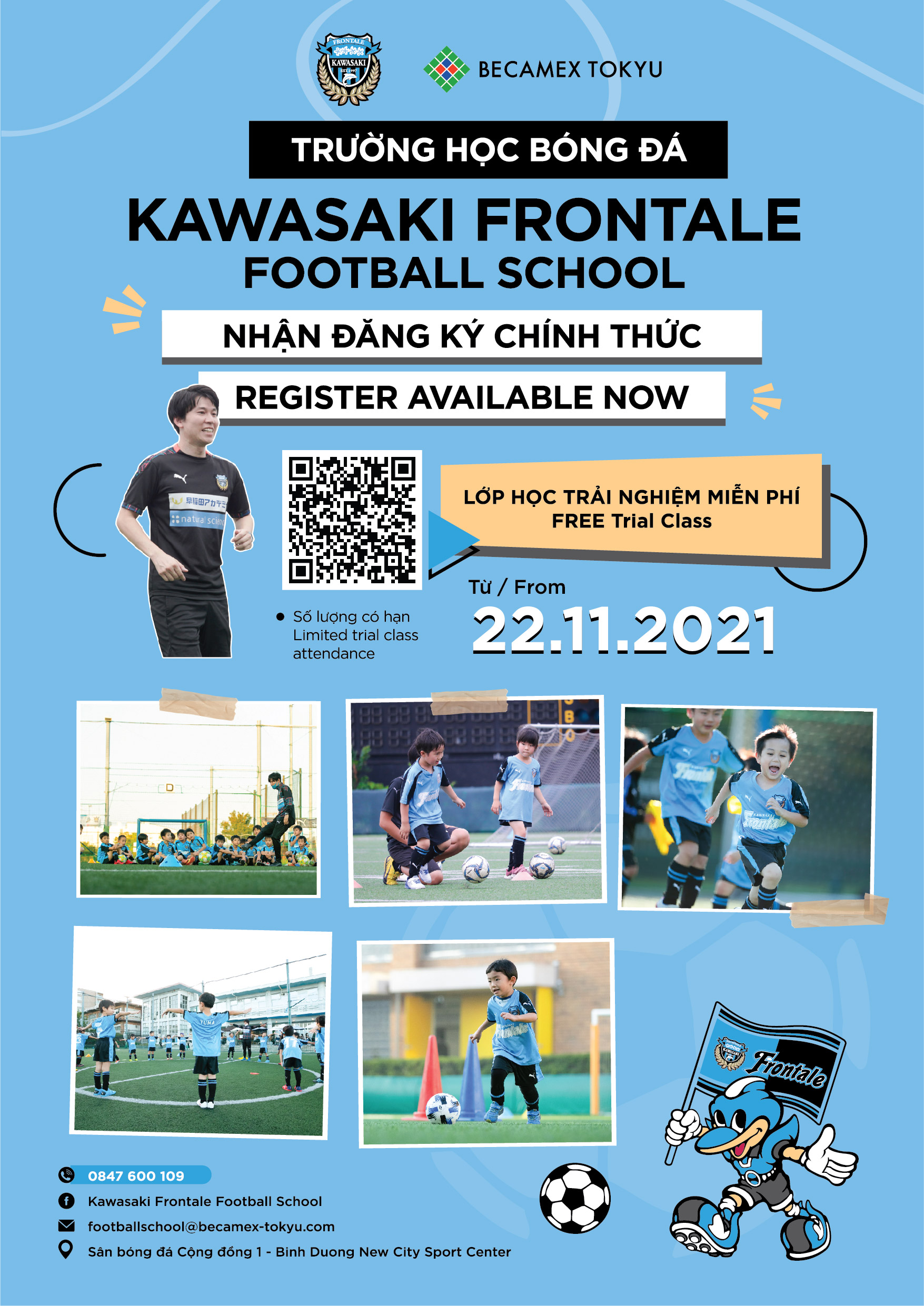 Especially, the students can have 2 free trial classes during the time from from November 22 to December 3 before officially entering the classes.

In joining the football classes, the young players are not only directly instructed by the Japanese coaches from the J1-League champion Kawasaki Frontale, but they can also play with the international teammates from Korea, China, Taiwan, Singapore, etc. To the parents’ relief, there would always  be coach assistants to assist the students and the Coaches’s communication. 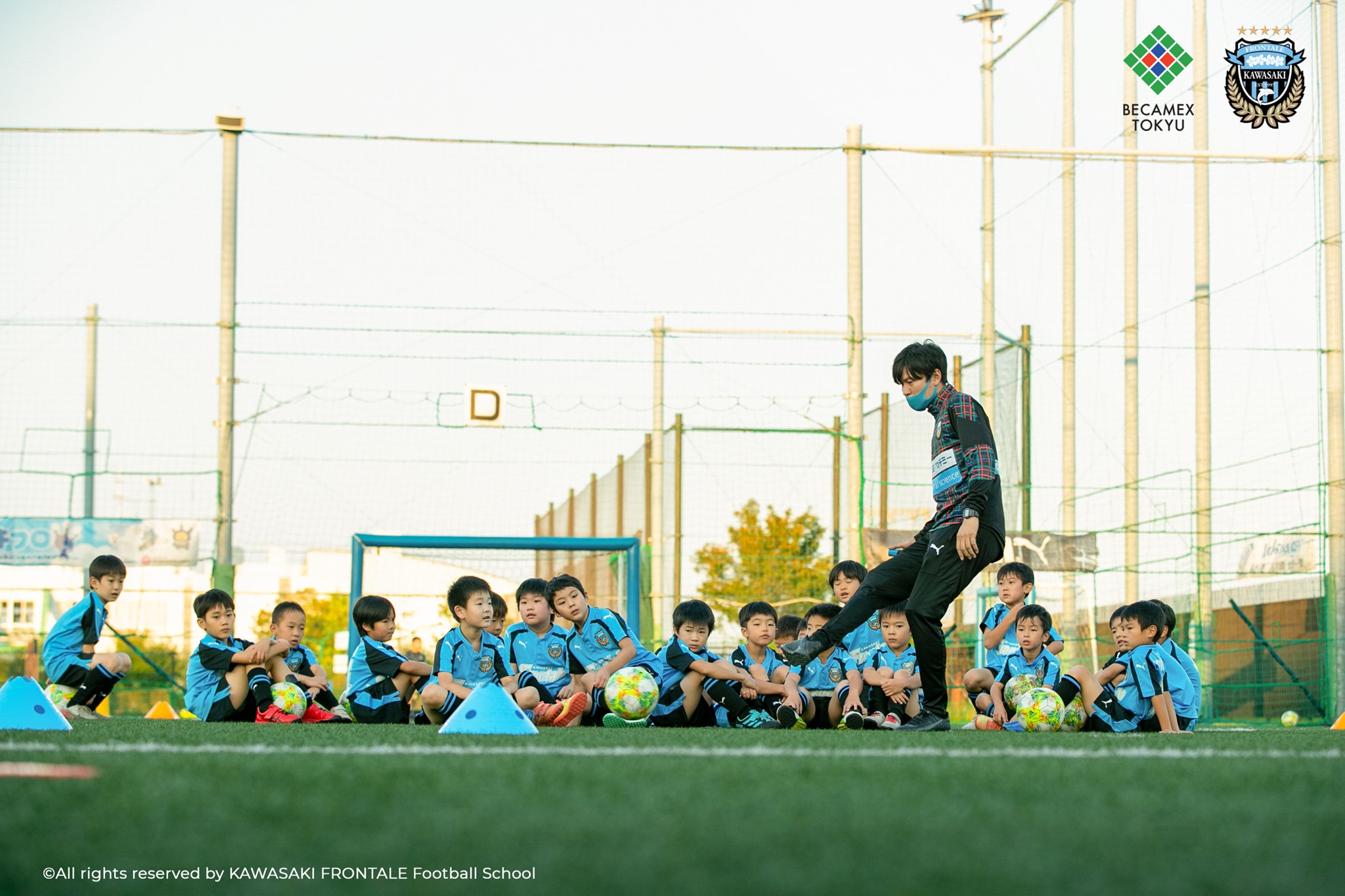 Kawasaki Frontale Football School is established in Binh Duong New City by the J-League champion Kawasaki Frontale FC, in corporation with Becamex Tokyu Co., Ltd. with the aim of discovering and developing potential football players. It’s also the first football school in Vietnam that is founded by a J-League football club.