Tokyu Corporation has signed a memorandum of understanding with Becamex IDC Corp. concerning the development of a public transport system focused on the operation of bus services for the country’s Binh Duong Province as well as between Binh Duong Province and southern areas of Vietnam. Binh Duong Province is located at the center of the key economic zone in the south of Vietnam. With average annual GDP growth rates of 14 to 15%, the area has achieved rapid growth far exceeding the average for the country. The province already has a population of 1.6 million while the key economic zone in the south of Vietnam, including this province, has a population of more than 24 million people, but the still fragile state of the existing public transport infrastructure represents a challenge. Now, as one measure to counter this challenge, the Company and the Tokyu Group in Japan together with Becamex IDC Corp., which is a wholly owned subsidiary of the province, are proceeding with a survey and planning proposal for a public transport system focused on operating bus services in the province and surrounding areas by utilizing the urban planning know-how, including public transport infrastructure, cultivated over many years at the Tokyu Tama Den-en Toshi area.

The following is an outline of the memorandum of understanding exchanged between Tokyu Corporation and Becamex IDC Corp.

1） Both parties will establish a review committee to proceed with a survey of the public transport system.

3） The committee will exchange opinions with all concerned government agencies to collect the information needed for the survey.

By collaborating on this survey, the province will play a central role in the transport system in the southern region of Vietnam and will also contribute to raising the value of Binh Duong New City which is located at the heart of the province 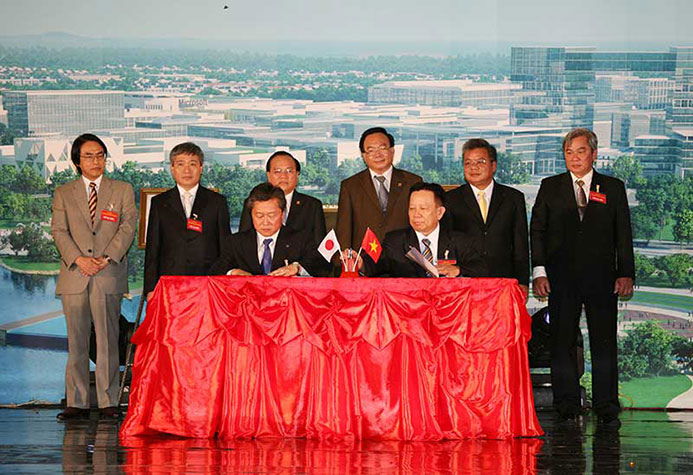