From their first one route connecting Thu Dau Mot City and Binh Duong New City 6 years ago since establishment, BECAMEX TOKYU BUS has now brought 6 lines and 11 routes into operation. This latest route No. 70 from moving from hikari Food Court to Ben Cat post office, passing through many important locations such as My Phuoc general hospital, My Phuoc I, My Phuoc III, Ecolakes My Phuoc, Ben Cat bus station and schools,… will meet with all the people’s needs of traveling.

This is the first time BECAMEX TOKYU BUS presents a special low-floor bus that would make it easier for the passengers especially kids and elderly to get on and off the bus. This new bus supplied by SAMCO is environmental friendly as it uses CNG energy which reduces the exhaust fumes significantly.

Mr. Nguyen Thanh Truc highly appreciated the meaning of the new bus route, as well as expressed his enthusiasm and expectation in the province’s public transport development, via new and modern buses like BECAMEX TOKYU BUS’s. 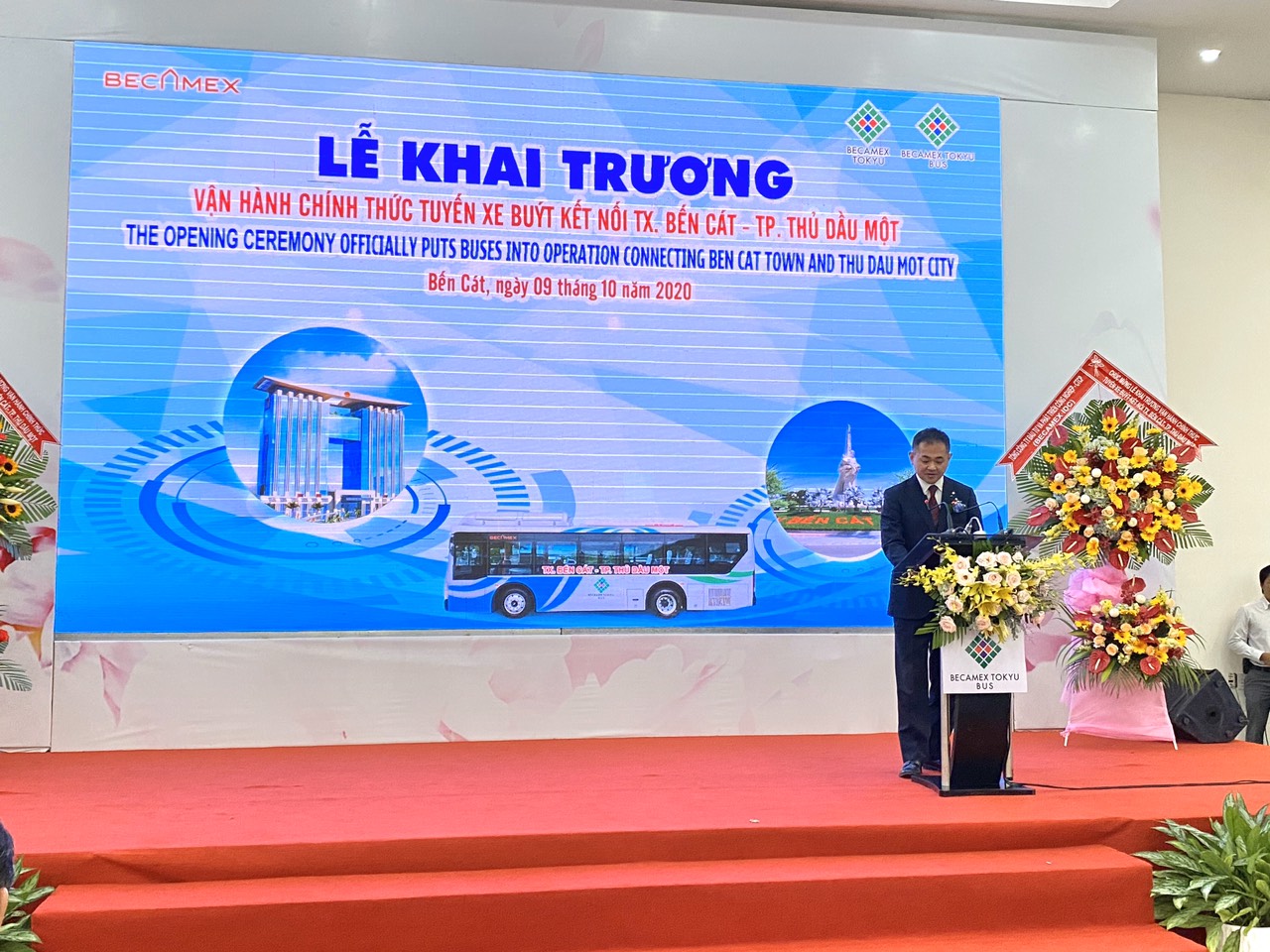 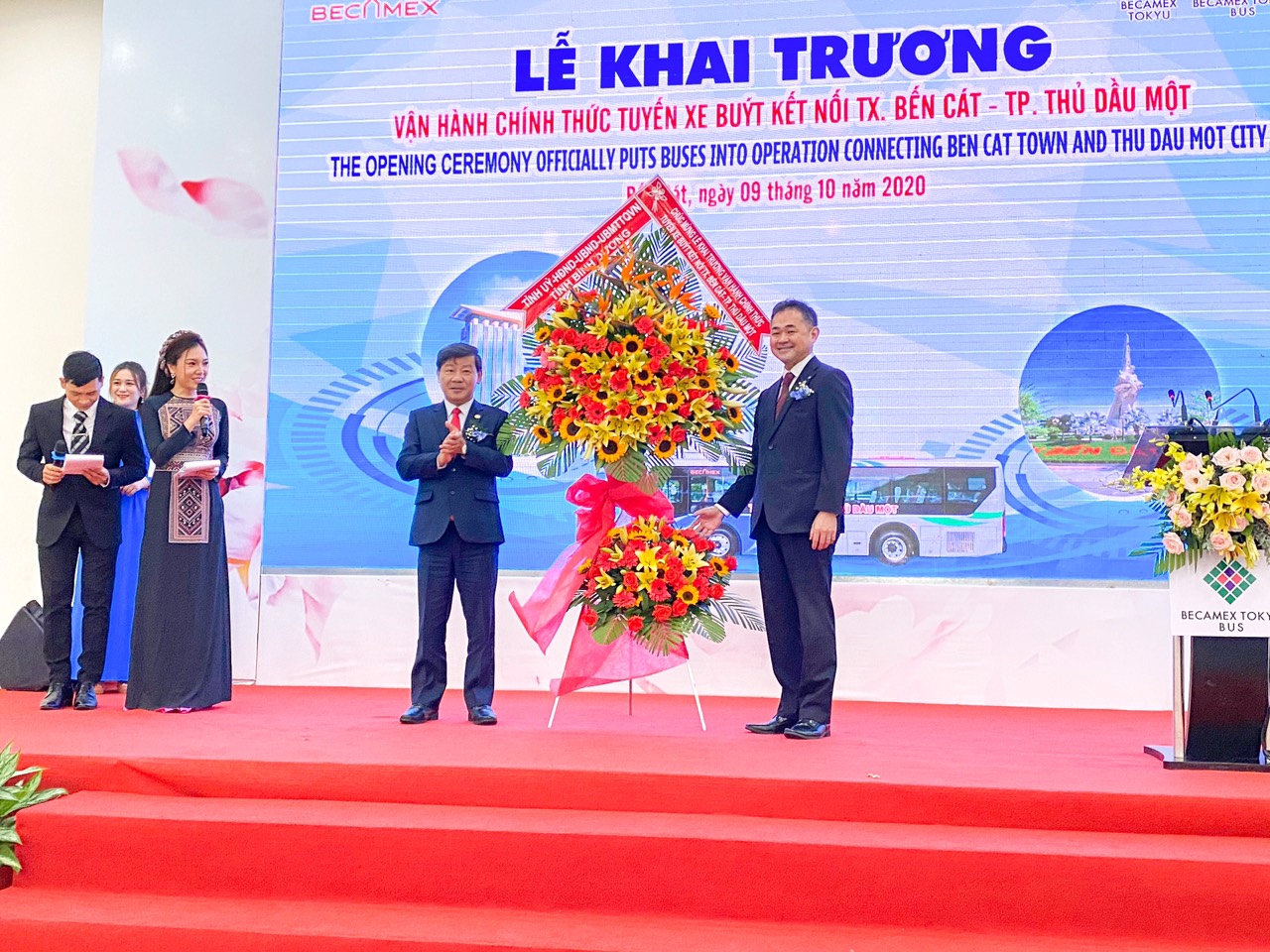 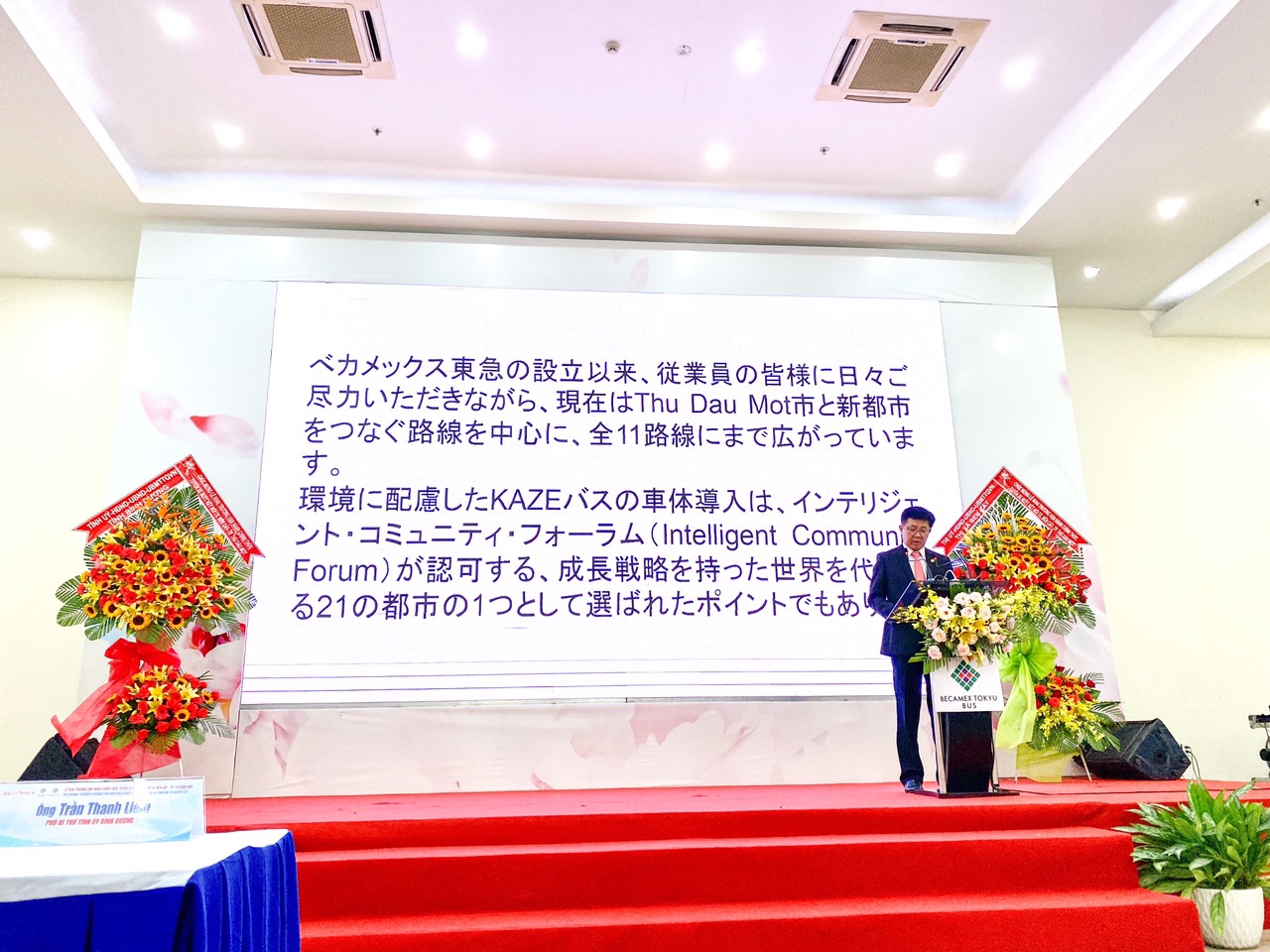 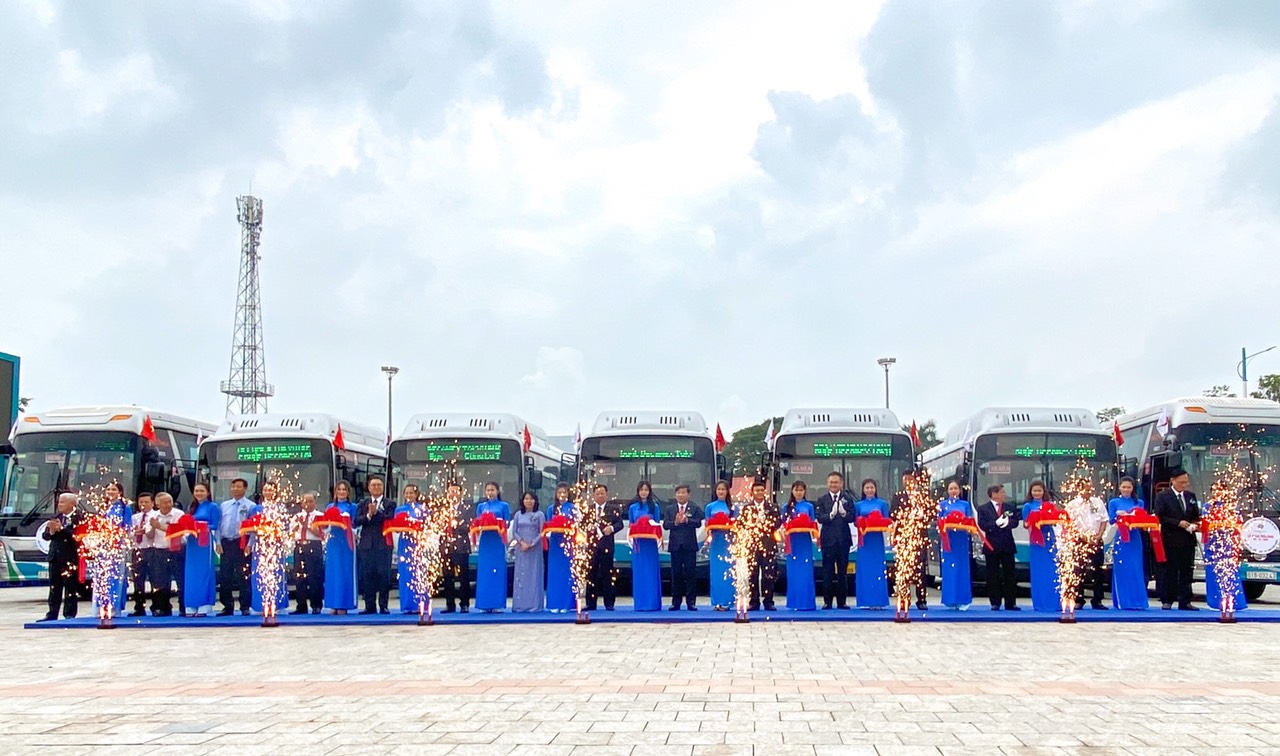 The representatives cut the ribbon to officially open the bus route