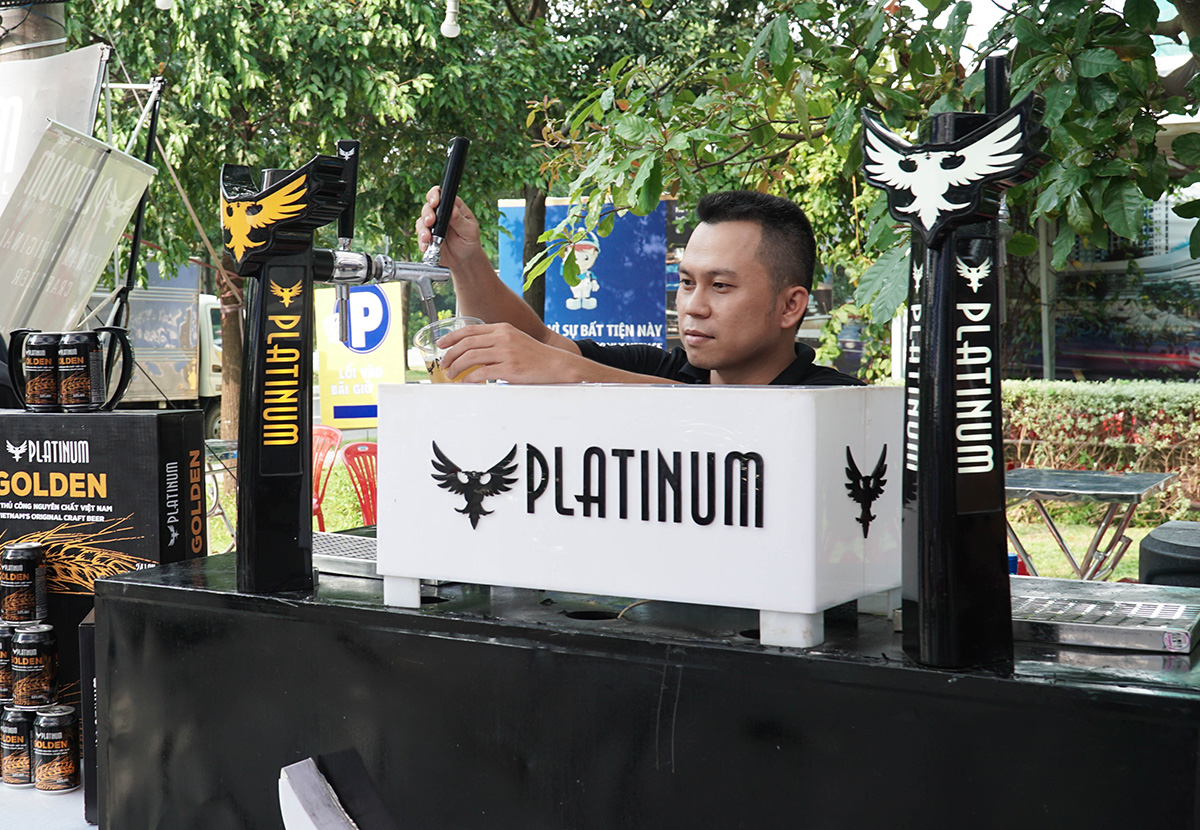 Just as mentioned in its name, apart from famous craft beer brands such as Platinum, BiaCraft, Rooster -eers, Yona Yona Ale… there was also the participation of the Saigon most loved PIZZA 4P’S. 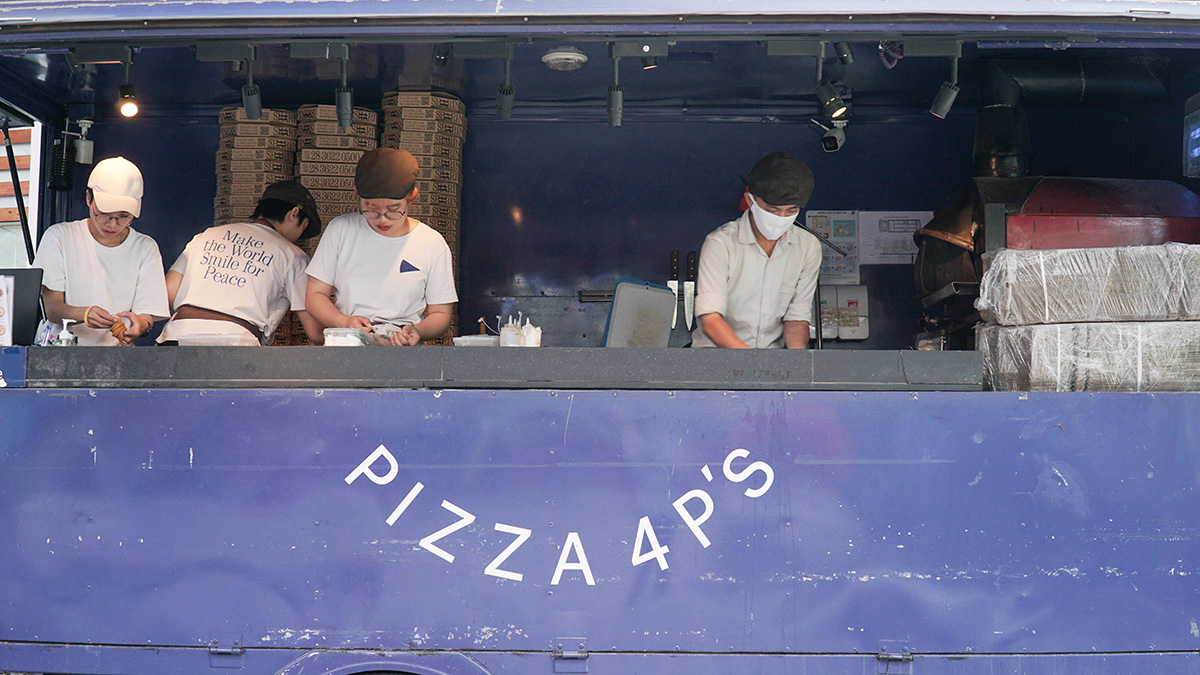 The most-loved pizza brand from HCMC 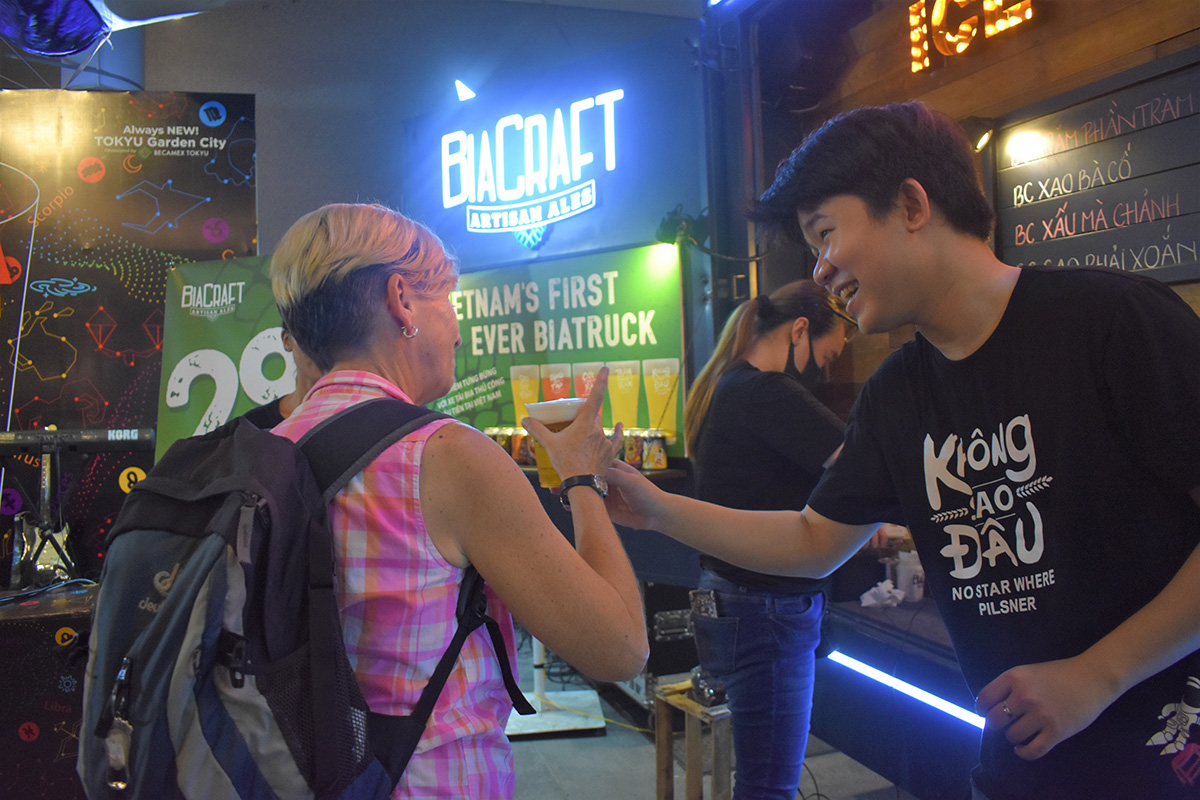 BiaCraft has the first beer truck ever in Vietnam 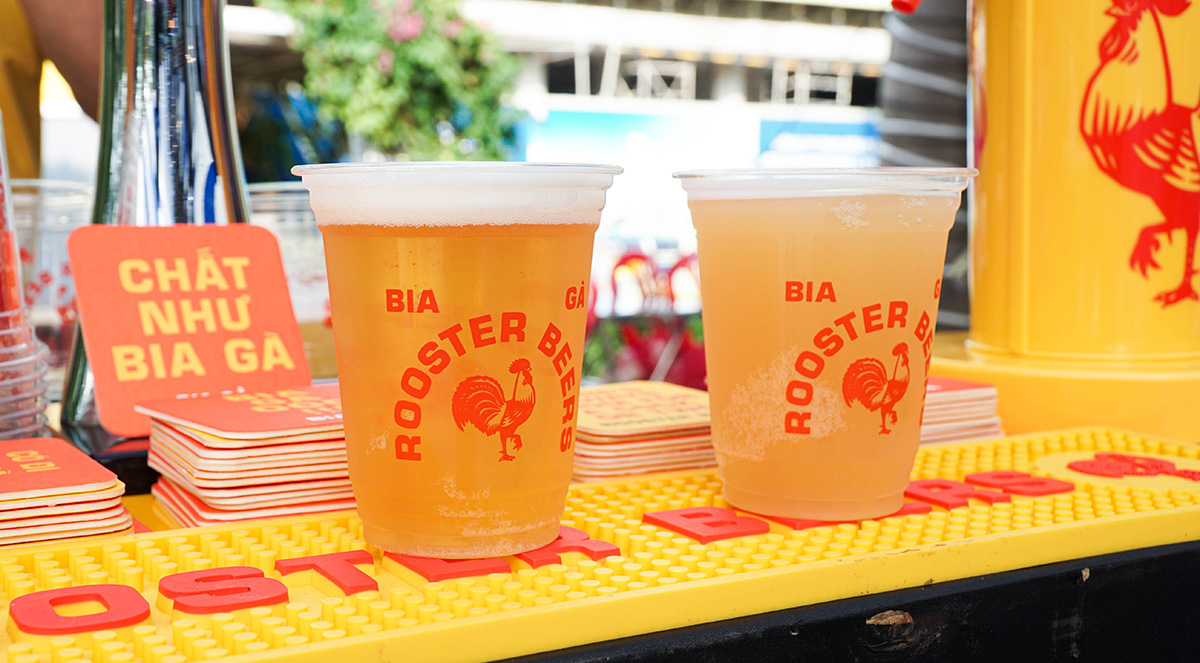 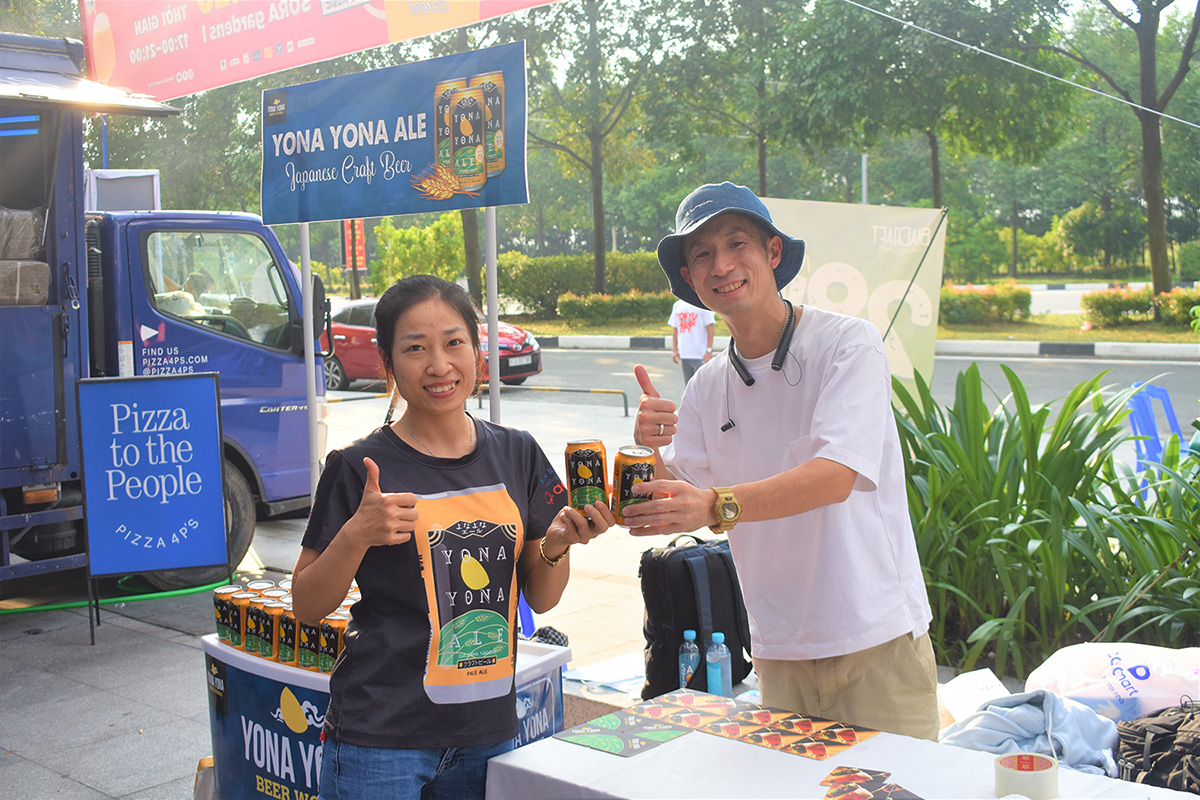 One special thing about the Pizza and Craft Beer Lovers Festival is the concept – “My own pizza – My own taste” and “My own craft beer – My own style”. The customers showed their own characteristics and their taste via the pizza they choose and the beer cup they were holding. 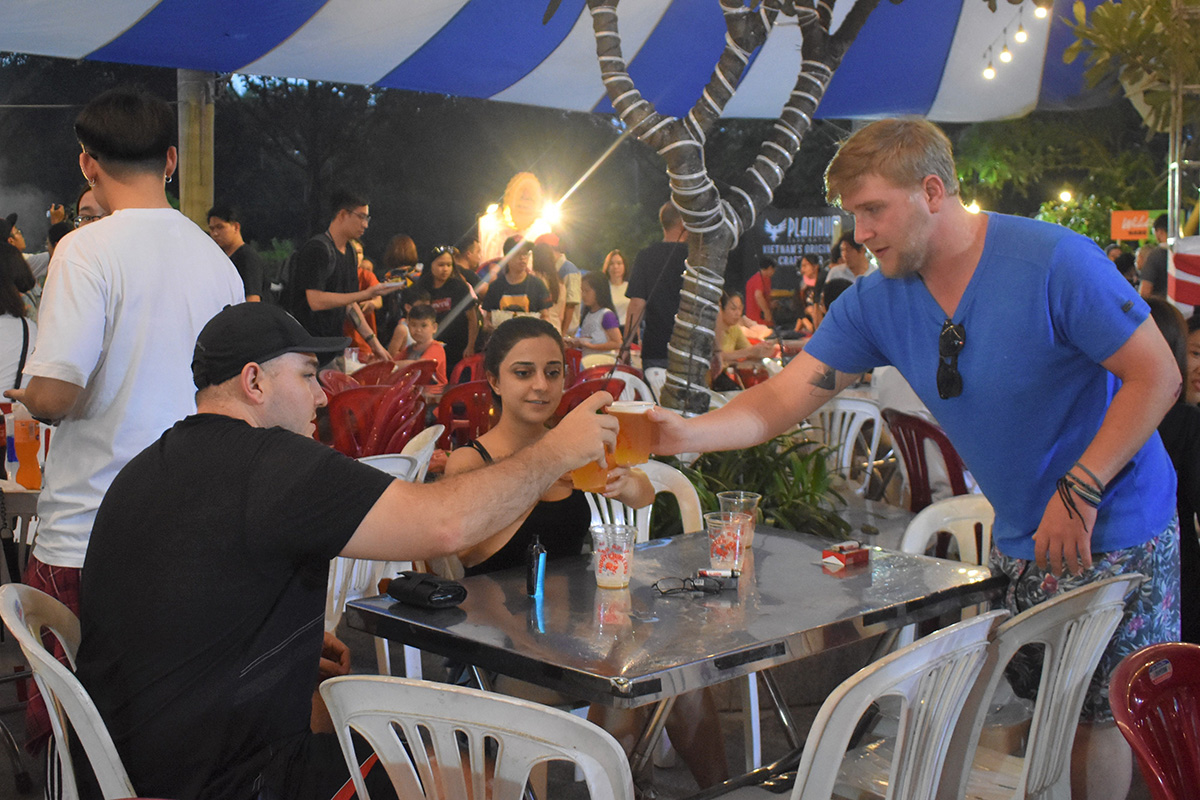 “My own pizza – My own taste” – PIZZA 4P’S brought a pizza making workshop to the festival, in which the participants could make their own pizza out of the toppings that may suit their zodiac sign element. It only takes a few minutes in the 400 degree Celsius stove before the hot pizza is delivered to its owner. 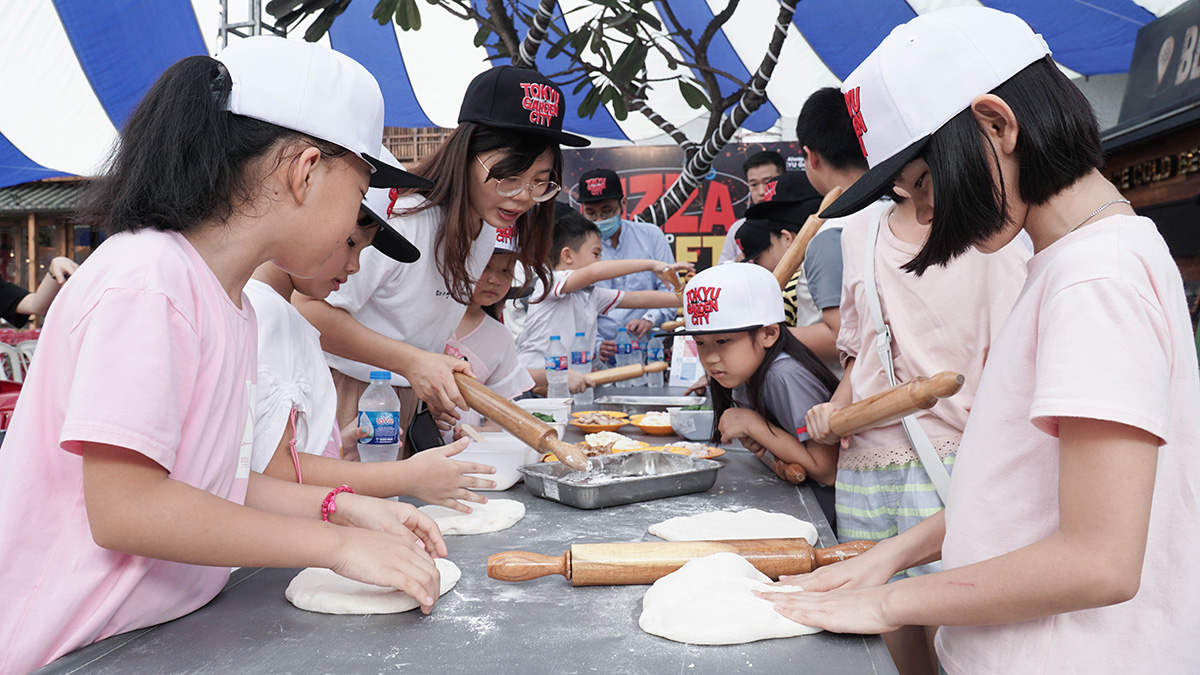 The participants making their own pizza 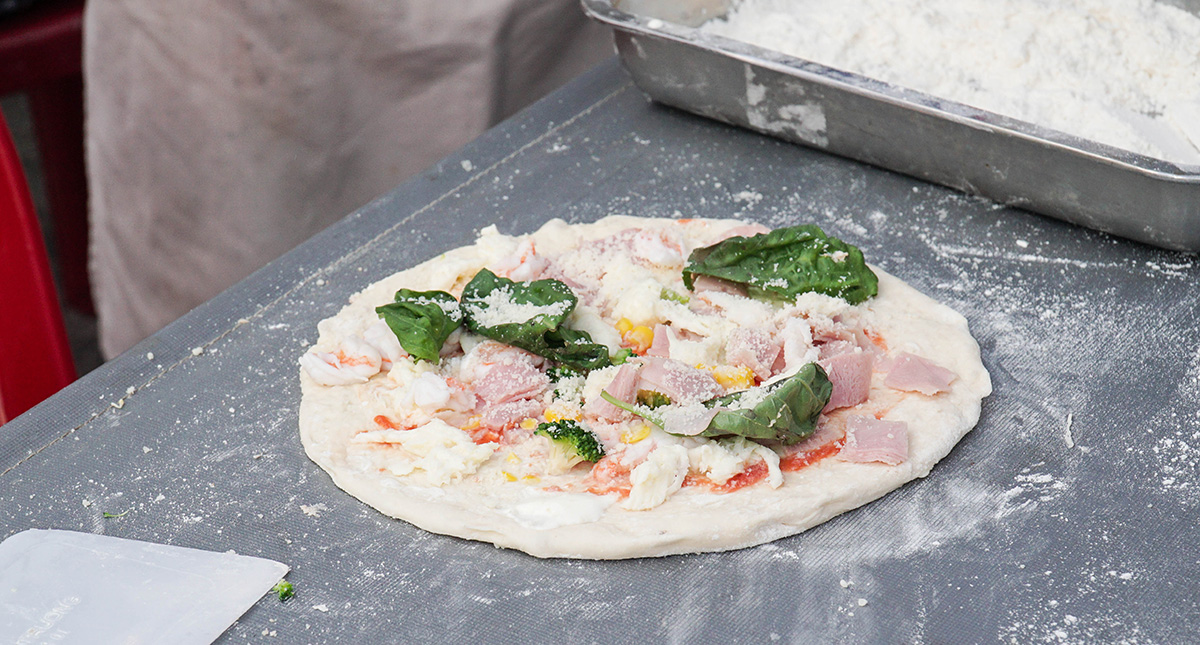 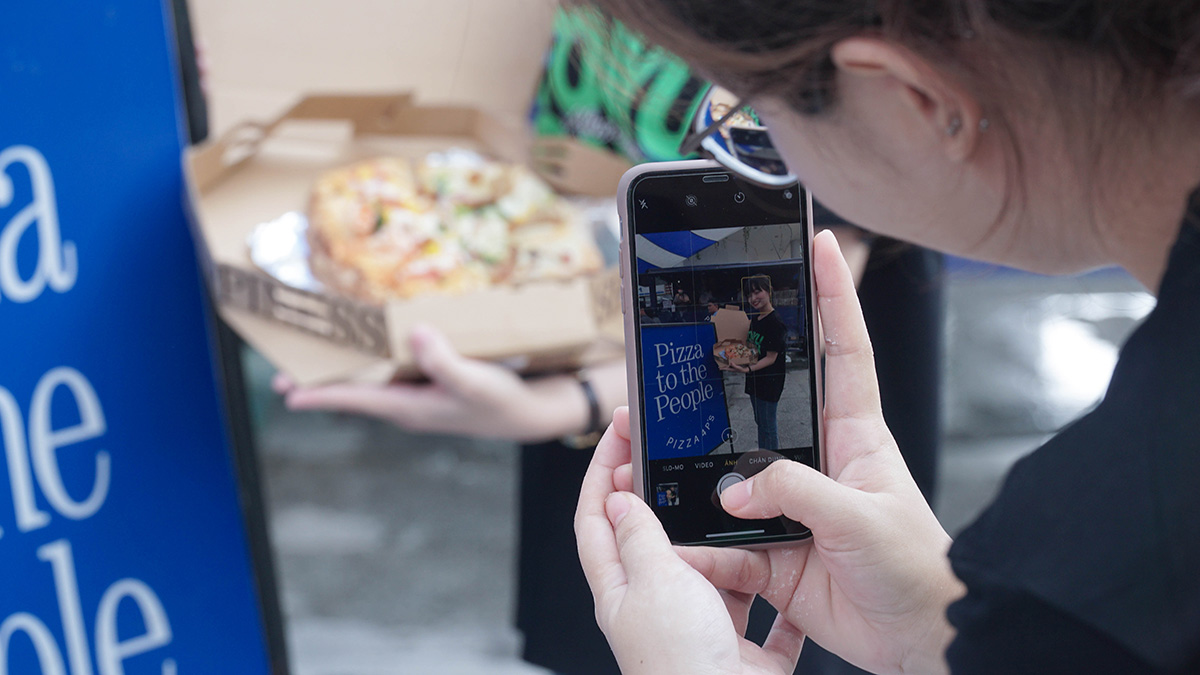 Besides, “My own craft beer – My own style” is a bar counter where the customers can get some recommendation on the beer types that they may like and should try according to their personality and Zodiac sign. Unlike commercial beer, craft beer’s flavor depends on the brewing method and the brewery’s own liking, each type from each brand differs from the other – the beer may contain strong hop aroma, malt sweetness or fruity taste… Customers can have a taste before they decide which style suits them the most to buy. 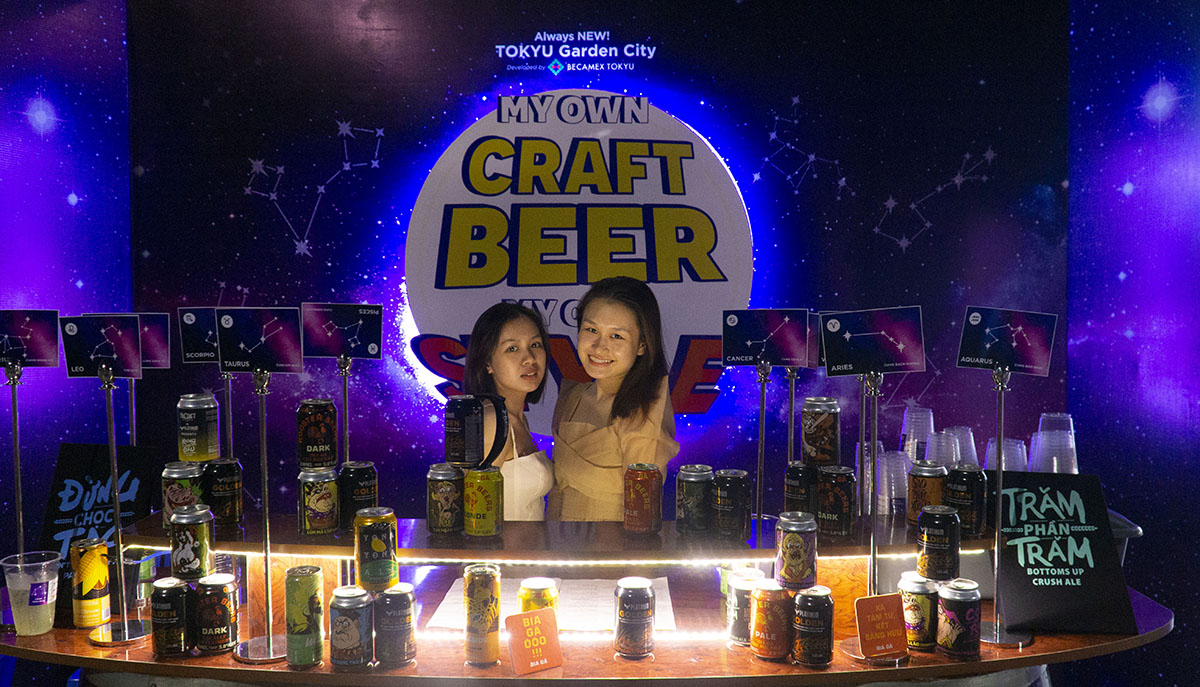 BECAMEX TOKYU would like to bring the residents and the customers a relaxing night with their friends and colleagues in a space filled with cold beer, delicious food and good music via Pizza and Craft Beer Lovers Festival. 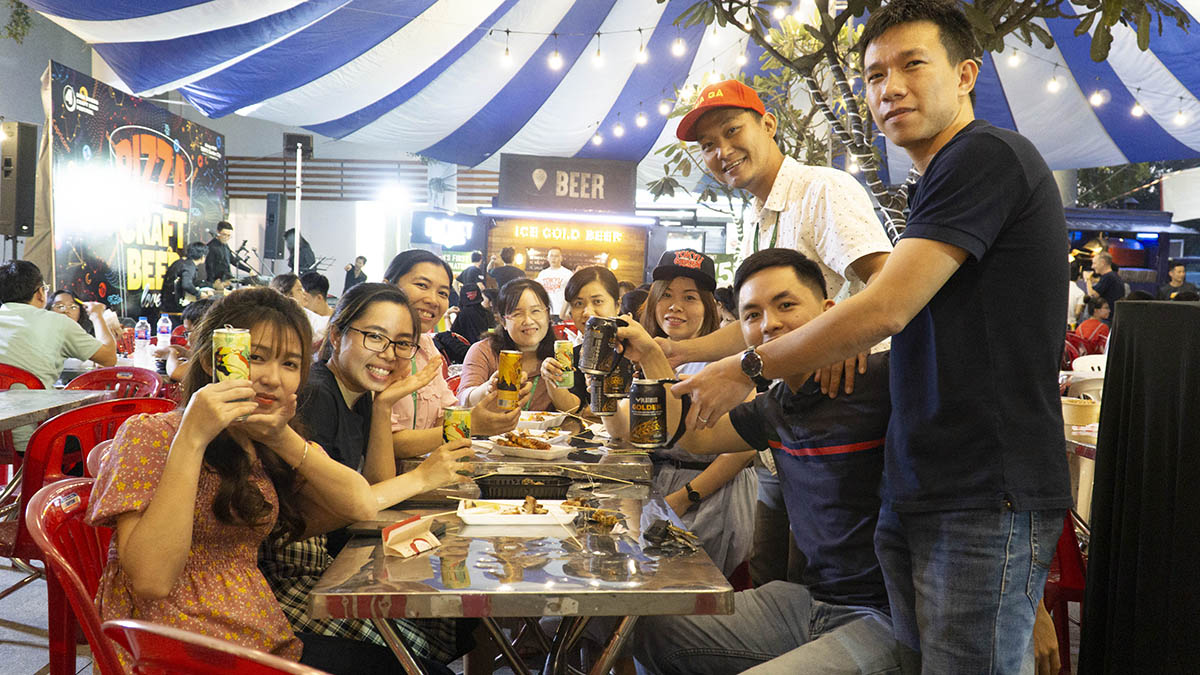 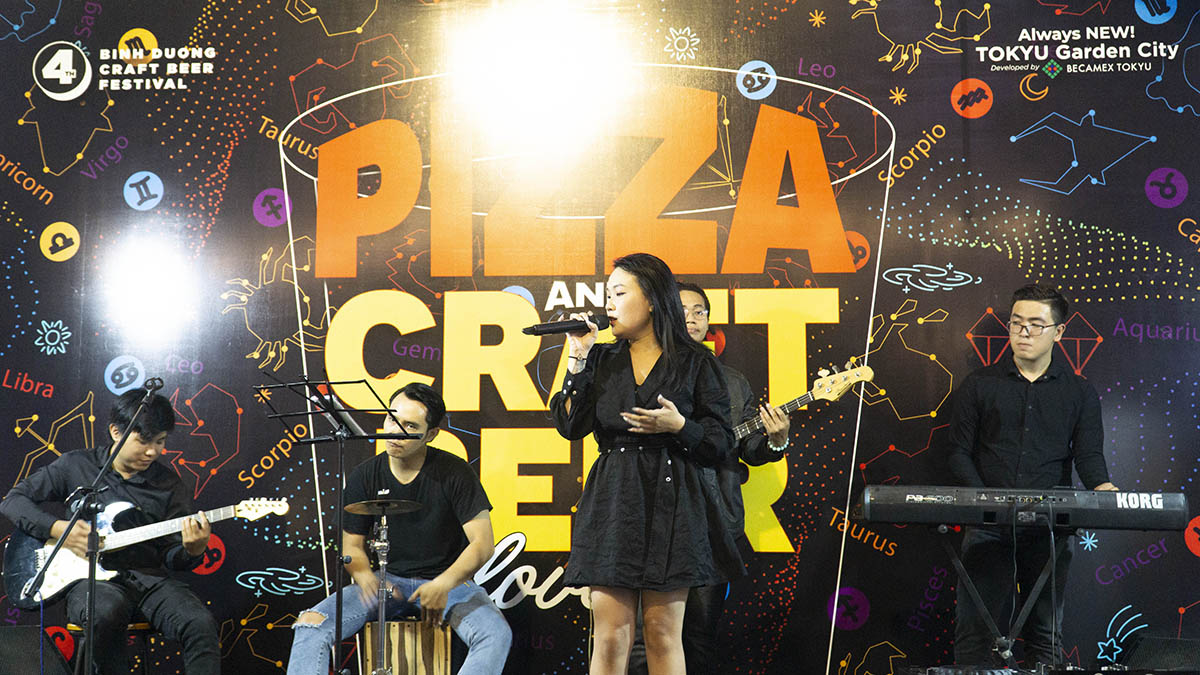 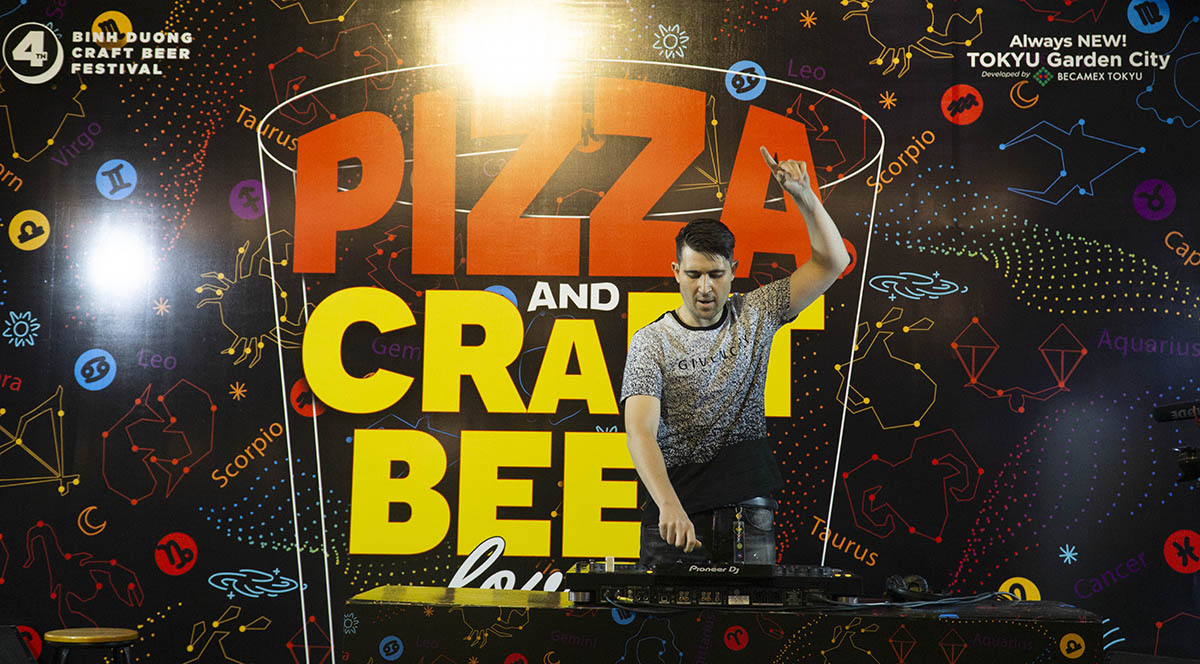 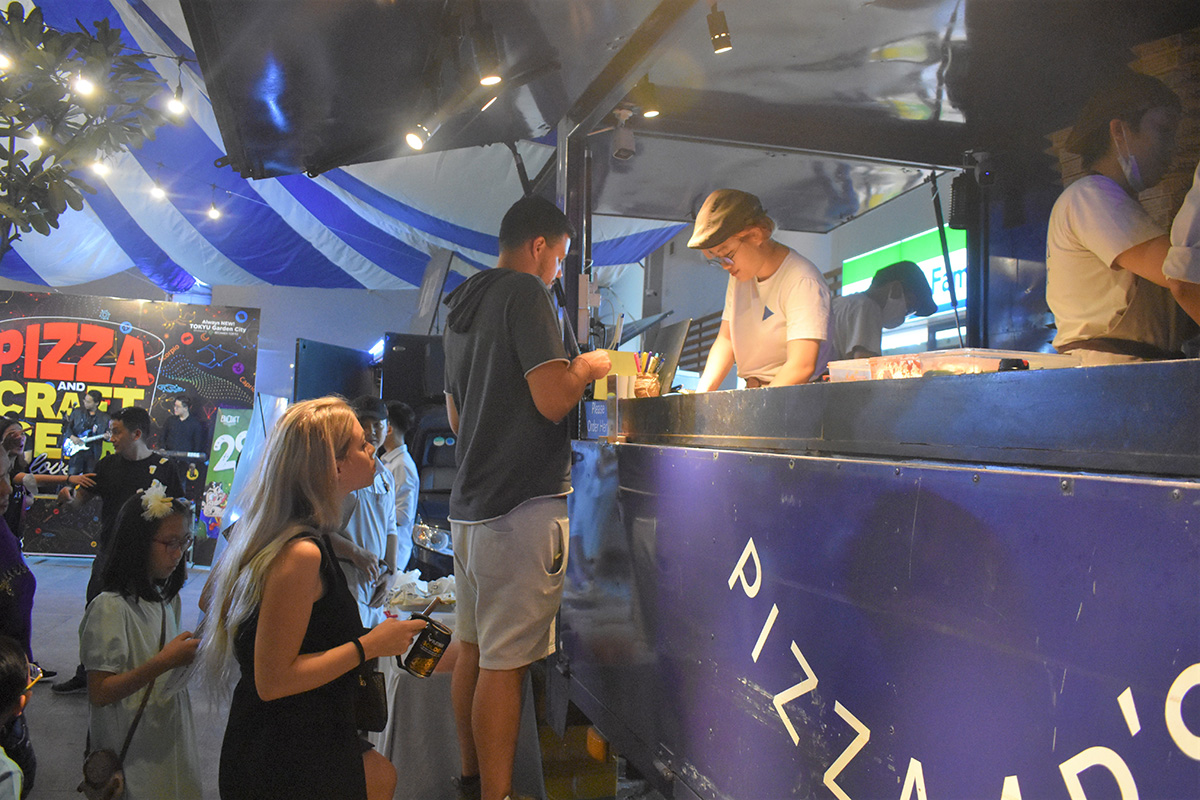 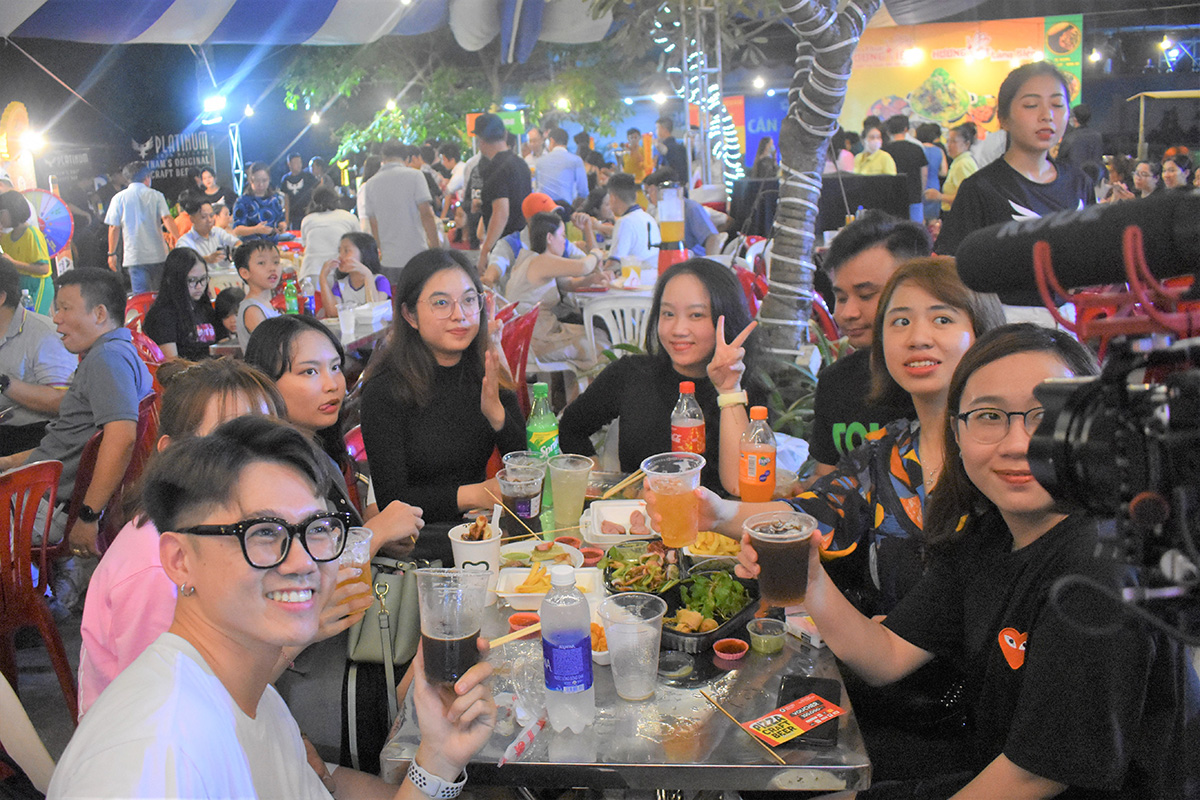 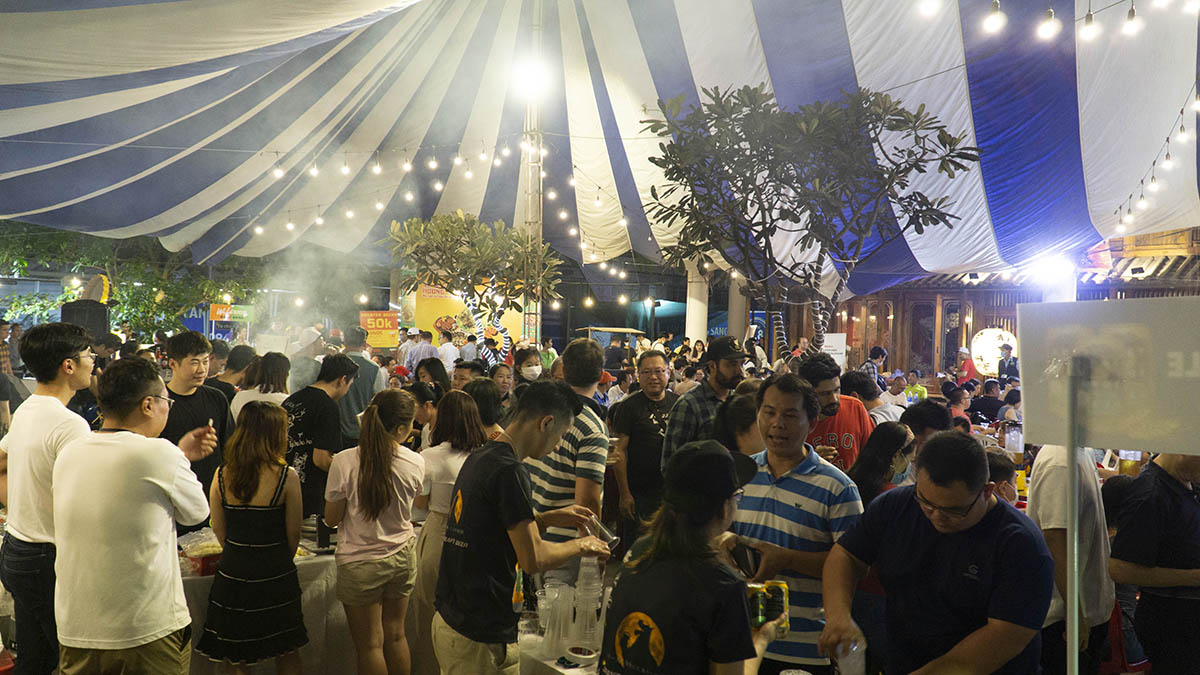