On October 10, 2020, BECAMEX TOKYU BUS officially opens the new bus route from Binh Duong New City to My Phuoc (Ben Cat). There will be some changes in the general route map and schedule of other routes.

From October 10, BECAMEX TOKYU BUS Co., Ltd. will officially bring the new route No.70 (Pink Line) connecting Binh Duong New City – My Phuoc Town (Ben Cat District) into operation. The company has increased the number of operating routes as well as new bus stops, such as My Phuoc Hospital or My Phuoc Post office, to make it more accessible to the passengers when traveling by bus.

With this new bus route, BECAMEX TOKYU BUS presents a special low-floor bus that would make the getting on and off the bus easier. The free Wi-Fi and charger with USB port would ensure the passengers’ comfortable experience during their trip.

In addition to opening the new route No.70, BECAMEX TOKYU BUS also made some changes in the route map and schedule of other routes. Please find the timetable and map below for the detailed information for your ride. 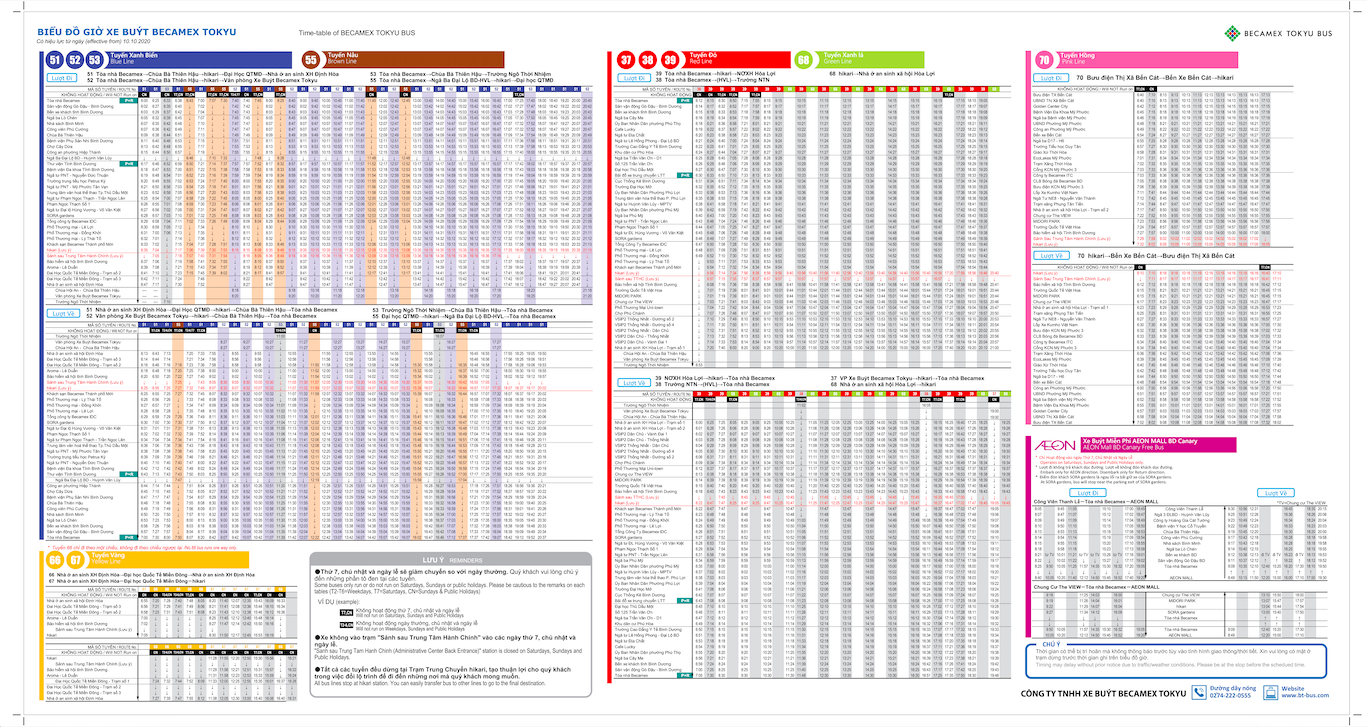 Note: There is a minor change in the route of Red Line (37, 38, 39) that involves some abolished bus stops on Le Hong Phong street and new bus stops on Tran Van On street as following: