The National football championship, V-League 2014 has ended on 10th August after the last round. At Binh Duong stadium, Binh Duong FC was crowned champion after the final fixture against SHB Da Nang.

SHB Da Nang aimed at the 3rd place if defeating Binh Duong, they had an opening goal in 15′, but not too long, the home team picked up, dominated the run of play and equalized in 37′.

In the 2nd half, although SHB Da Nang created many opportunities, Binh Duong FC still kept a very strong defensive. The match ended in a draw 1-1.

In spite of Binh Duong FC had won the title a week ago, after a win against DT Long An. In the last game, although using many substitutes, Binh Duong FC had showed the strength of a new king crowned at their home ground.

Binh Duong FC was promoted to V league 2004 after finished as the runner-up of the First championship division 2003. With this title, they has become the first team that won V-League championship 3 times. (2007, 2008 and 2014 ) 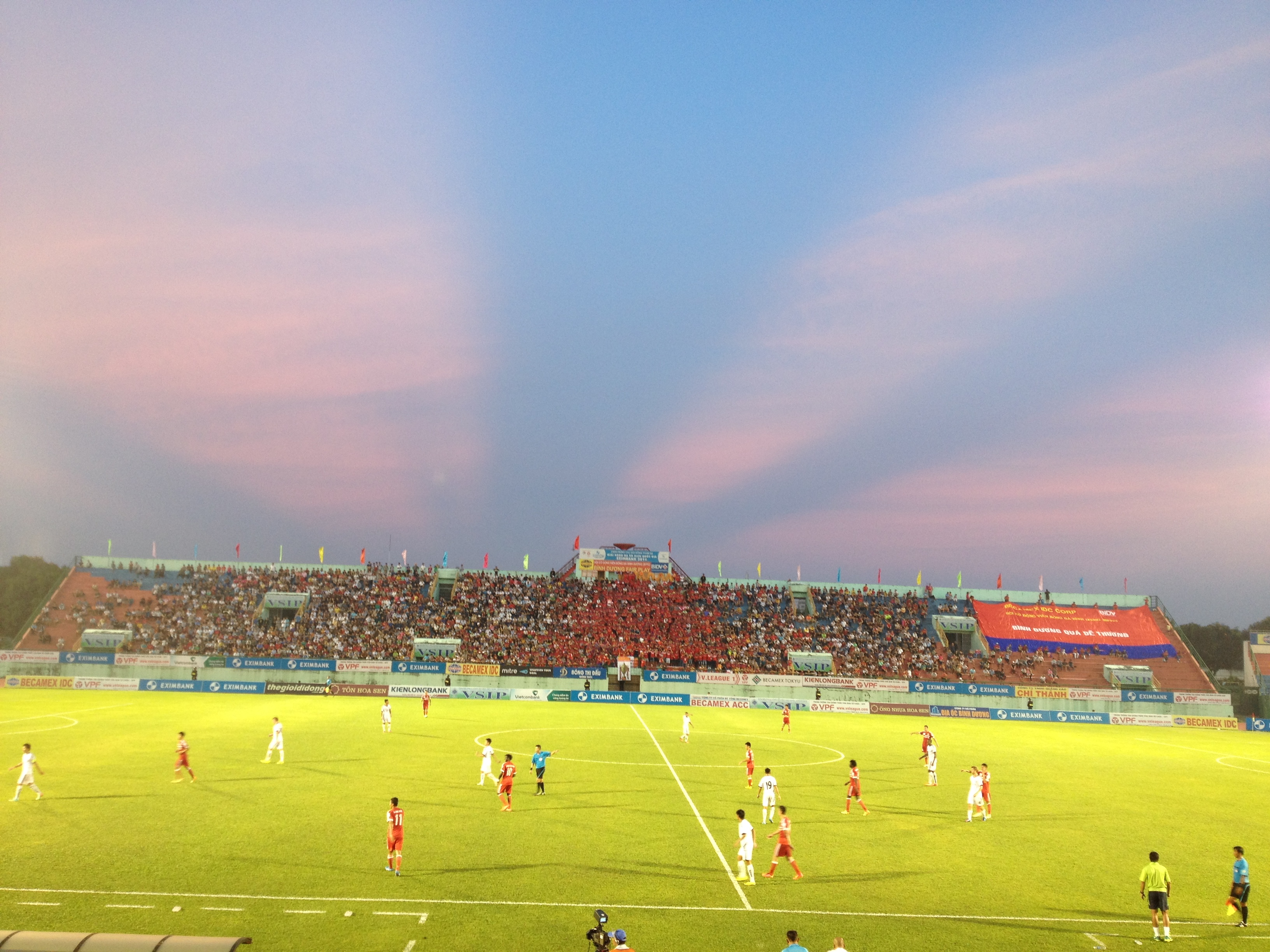 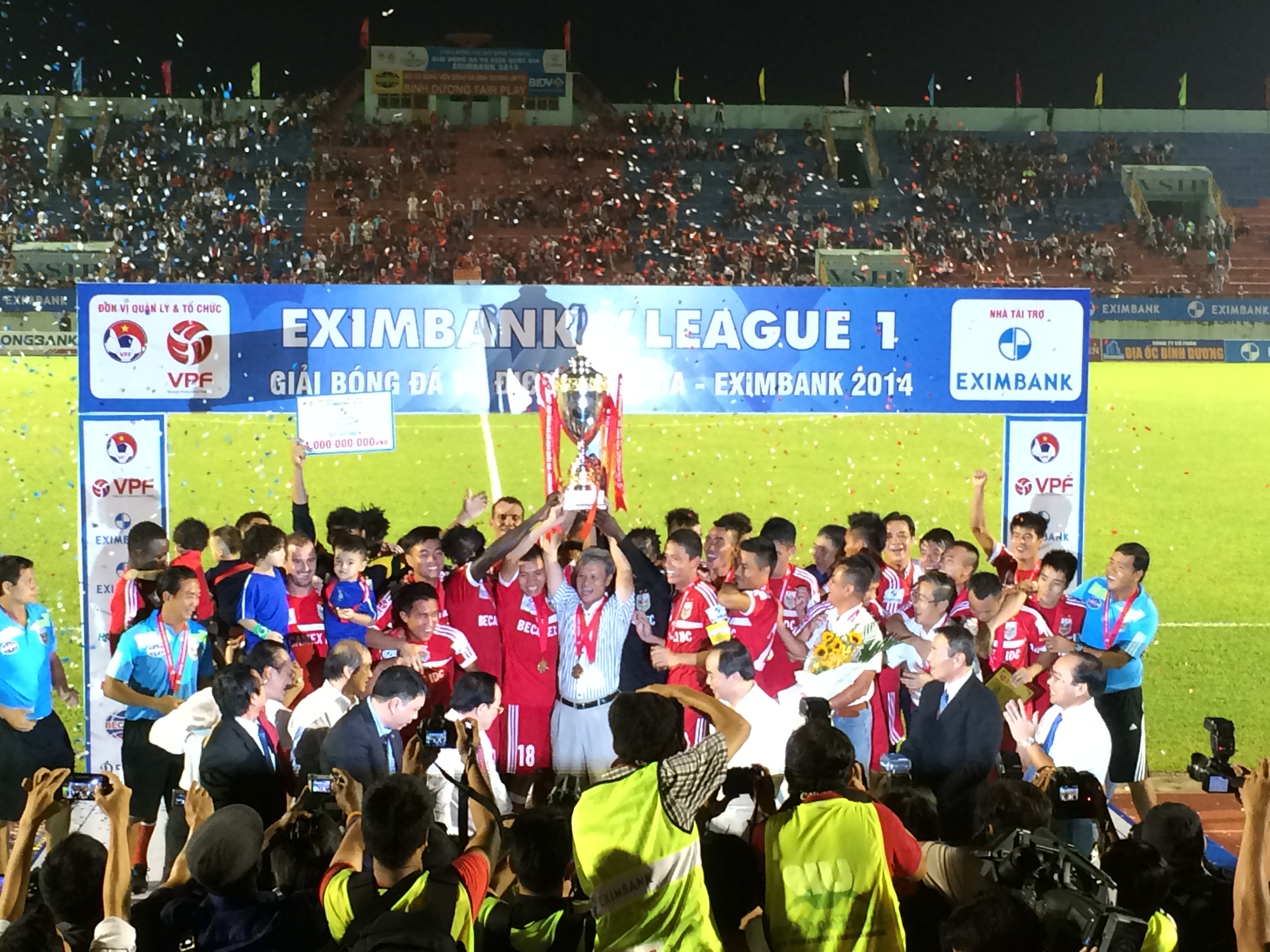 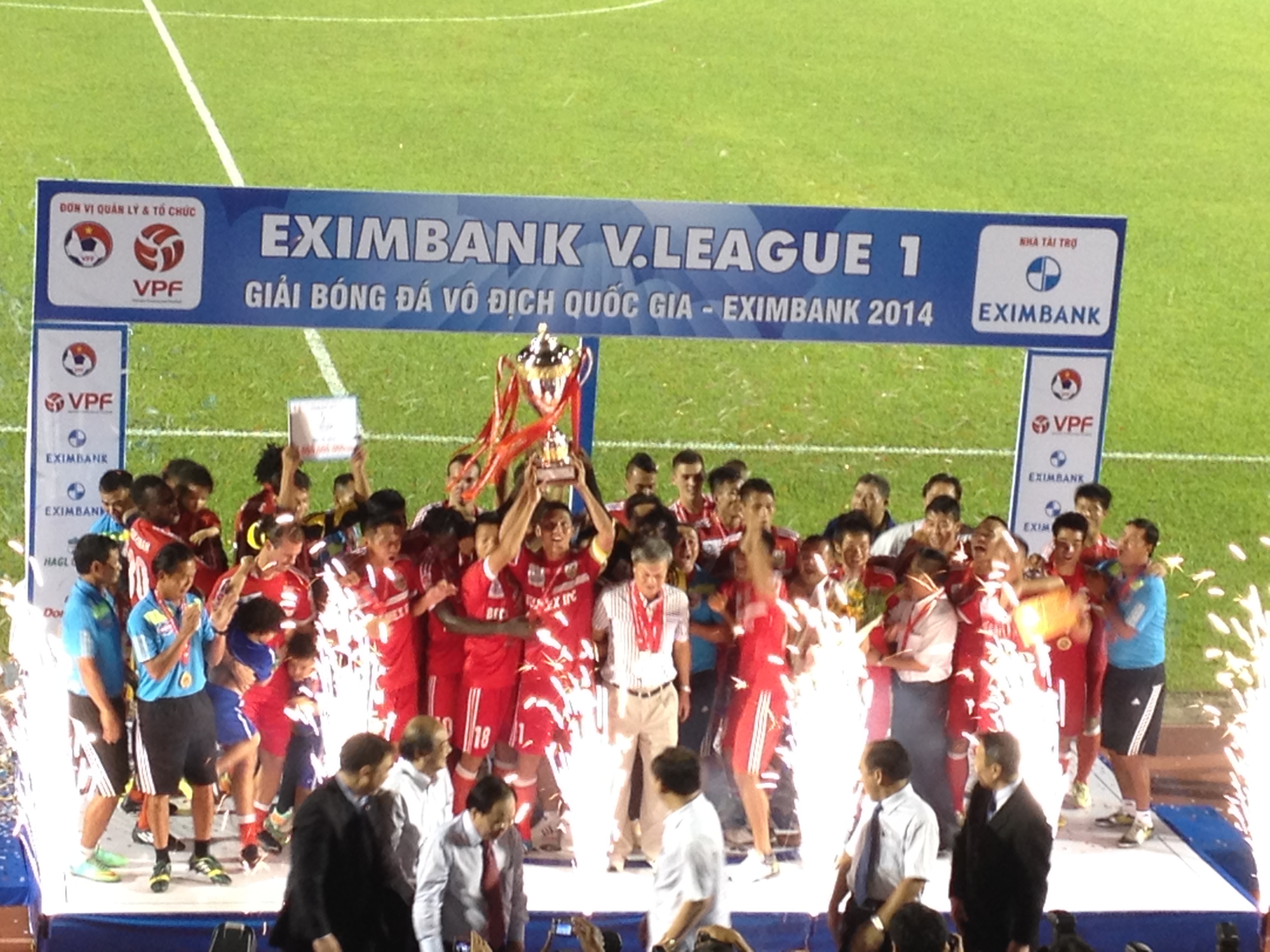