BECAMEX TOKYU CO., LTD.has been developing a commercial facility, “hikari,” in Binh Duong New City, Binh Duong Province, Vietnam since January 2015. With phase 2, the name and logo of the commercial facility are modified as “Hikari.” The ground breaking ceremony of the project was held on December 24, 2020. 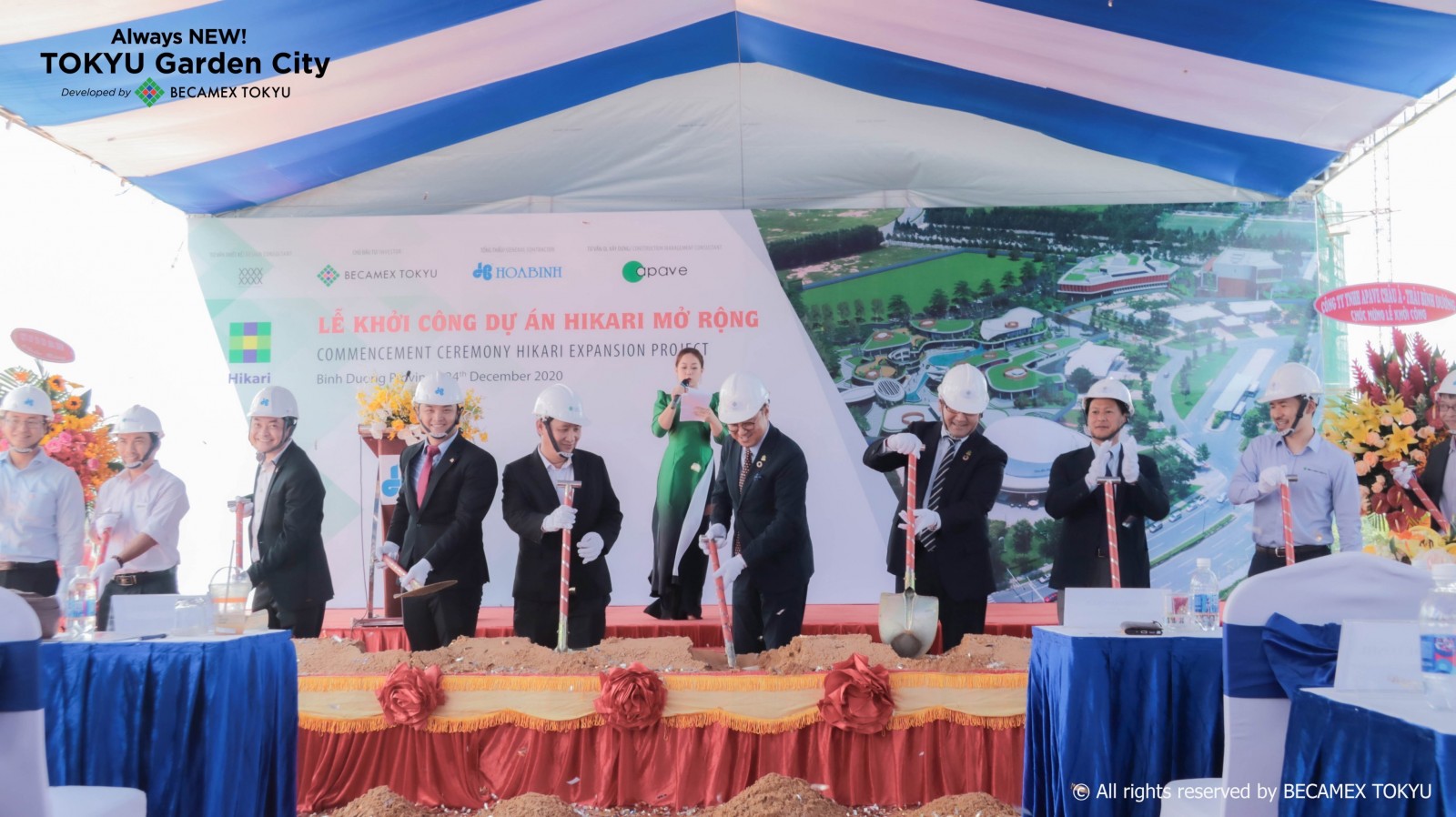 The project, located adjacent to the Administrative Center of Binh Duong Province, has proved its role as the face of Binh Duong New City and has been a popular gathering place amongst residents and visitors for its various dining options for the past 6 years since its opening in January 2015.

The project is scheduled to open in October 2021 with a total rentable area of approximately 3,200 m2, aiming to provide a high end dining destination for residents and visitors of the gradually developing Binh Duong New City. The expansion area will consist of 15 commercial spaces located in a 1 to 2 storey building and will be well landscaped with water gardens, ample greenery, and relaxing landscape lighting which harmonize the nature of Binh Duong New City.

In addition, the project will also promote sustainable living with initiatives such as “Compost” (an effort in composting kitchen waste discharged from the restaurants), “Aquaponics” (a food production system in which plants grow using the excrement of fish cultivated in the pond in the project as nutrients), and landscaped with seasonal edible plants and fruit trees with the concept of “Edible Landscape.”

As previously announced, our first tenant in phase 2 “Hikari” is famous pizza brank “Pizza 4P’s” which currently operate 21 locations throughout Vietnam. Please find below additional information about the project. 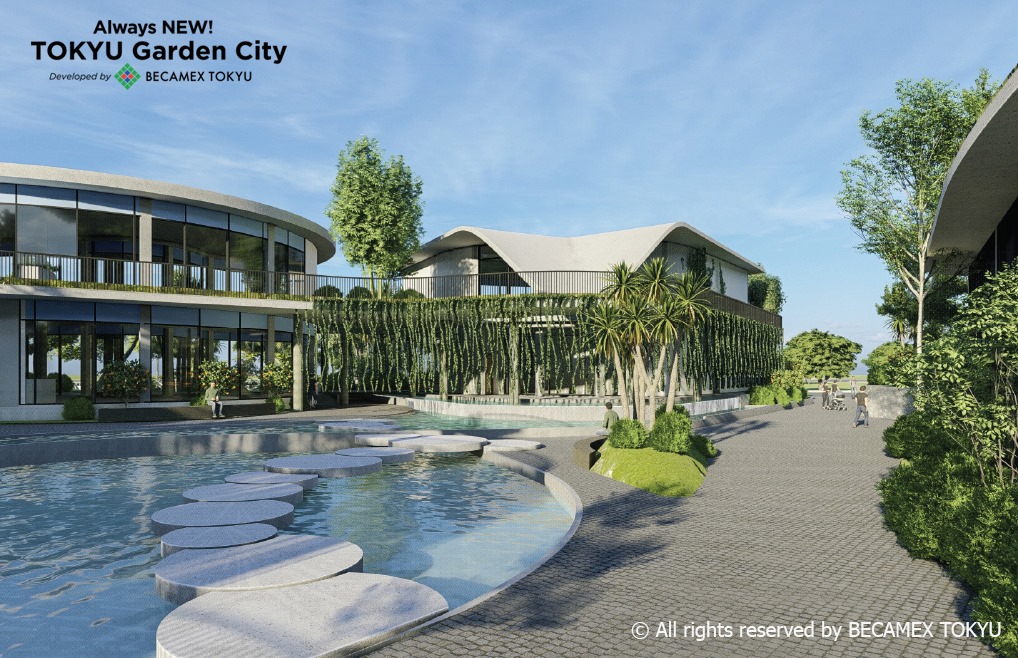 For the press release of the project: https://www.becamex-tokyu.com/wp-content/uploads/2020/12/20201230_Release_Hikari-Expansion_EN.pdf 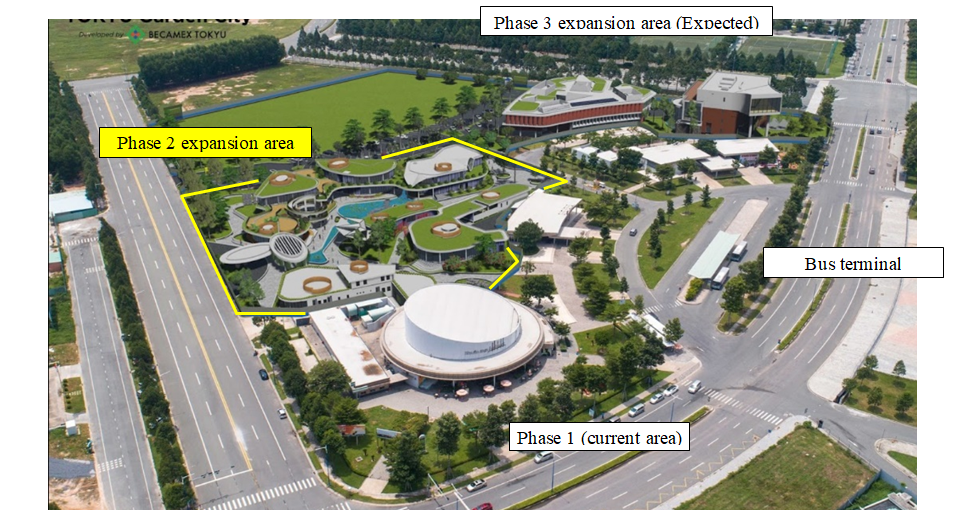