On 20th February 2014, at the Inauguration Ceremony of the Binh Duong Integrated Administration Center, Chairman of Binh Duong People’s Committee has given Investment Certificate to BECAMEX TOKYU BUS Company, a subsidiary of BECAMEX TOKYU Joint Venture (100% investment capital). This is the first public transportation project in Viet Nam with investment of Japan.

After Departments and Organisations of Binh Duong Province Authority finished moving to Binh Duong Integrated Administration Center (about May 2014), BECAMEX TOKYU BUS  will start operating the first shuttle bus route with the distance of 20km connecting Binh Duong New City and Thu Dau mot City. This bus route will serve over 3000 staff members working at Binh Duong New City, as well as satisfy the transportation demand of residents and enterprises coming to Administration Center for working.

The Bus route, operating by BECAMEX TOKYU BUS is expected to be a new means of transportation with the target “ Safe, Comfortable, Punctual service”.

Tokyu Corporation will use their experience form Japan for developing Transportation Infrastructure at Viet Nam as well as Binh Duong. Thereby, it will contribute for decreasing of traffic congestion that is harder and harder to solve. Moreover, this is a first large testing for step by step changing traffic culture in Viet Nam, which is shift from “private transportation to public transportation” as same as other developed countries. 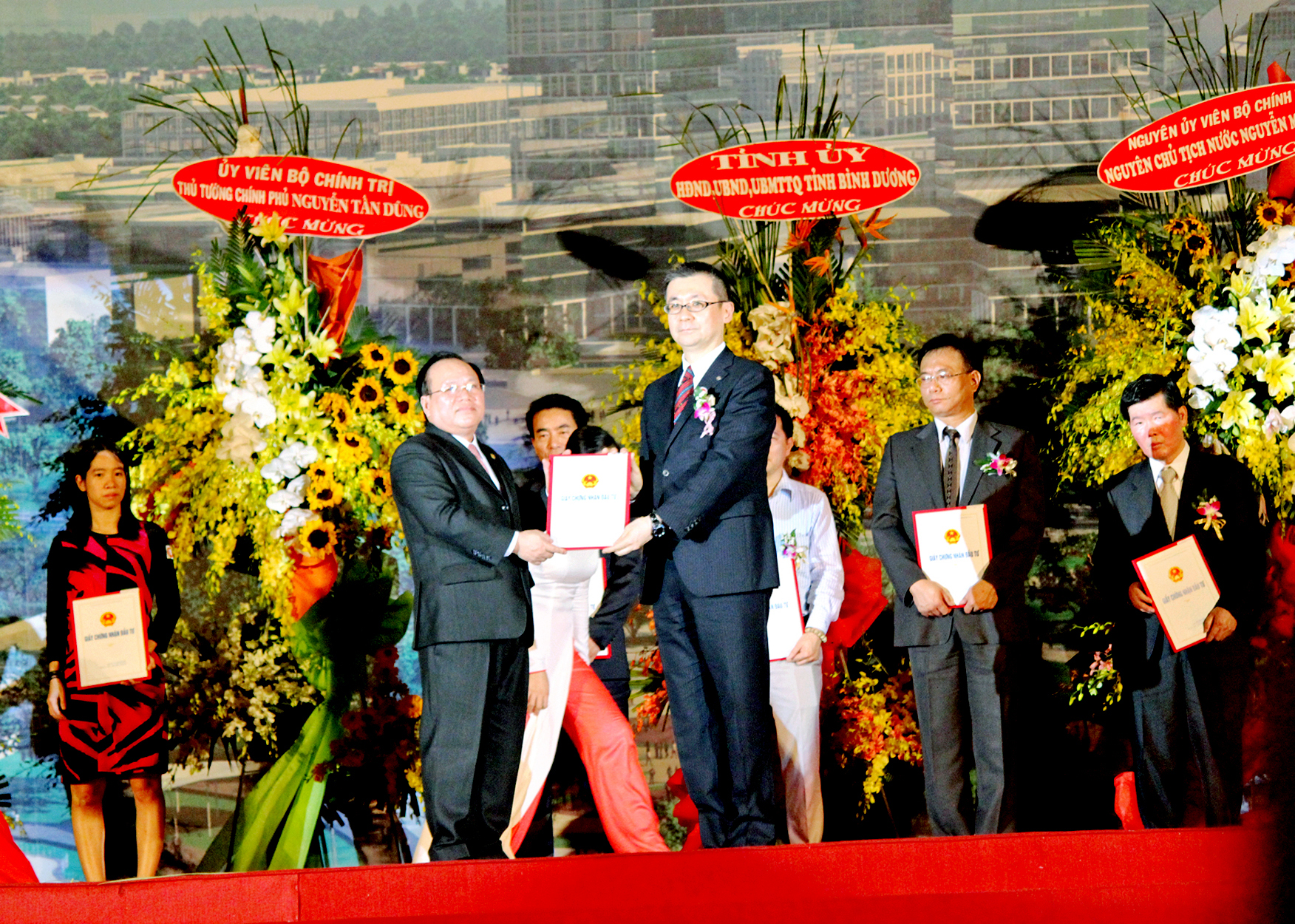