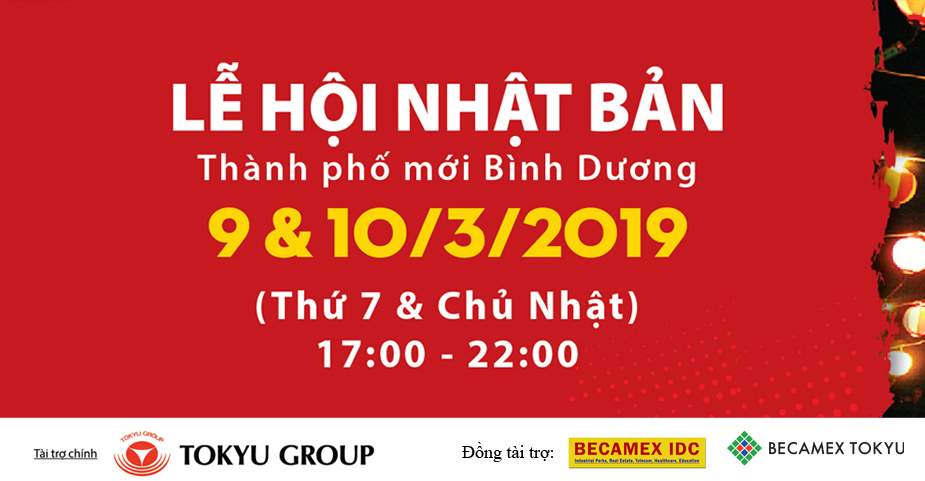 Organize the festival based on the idea of conveying Japanese culture, with the purpose of “Dedication to the region“ and “Improving awareness”, “Penetration branding identity” of Tokyu Group in the rapidly growing region of ASEAN and Vietnam.

In Binh Duong New City, there are many foreigners such as Japanese, Taiwanese, Koreans, etc. living and working. We will organize a festival where people of different nationalities can enjoy and interact each other. It is a festival that participants are a part of this city. Japanese culture and international culture increasingly penetrate in this city, promote and cooperate to build the city, which shows the slogan “towards a great era“ . Specifically, bring local people the opportunity to exchange Vietnamese-Japanese culture and neighboring countries with activities “Food”, “Play”, “Cultural experience”