High rise condominium project SORA gardens I (completed in March 2015) of Becamex Tokyu has received a certificate of merit from the Ministry of Land, Infrastructure and Transport at the “2nd Japan International Construction Award”. Different from other project, the fact that Becamex Tokyu applies accumulated experience in Japan to transfer technology and thoroughly control quality to suit climate and culture in Binh Duong New City has been highly rated in this Award.

The “Japan International Construction Award” first hold in 2017 – is an award organized by the Ministry of Land, Infrastructure and Transport, with the aim of honoring outstanding projects with participation. of Japanese companies abroad, as well as encouraging Japanese companies to invest abroad.

BECAMEX TOKYU Co., Ltd. was established in March 2012 – is a joint venture between TOKYU Group of Japan and BECAMEX IDC Corporation with the aim of developing and building urban areas in Binh Duong New City. We have been implementing many projects that are not only real estate but also commercials, transportation, etc. here, typically the hikari cuisine zone and KAZE Shuttle bus. 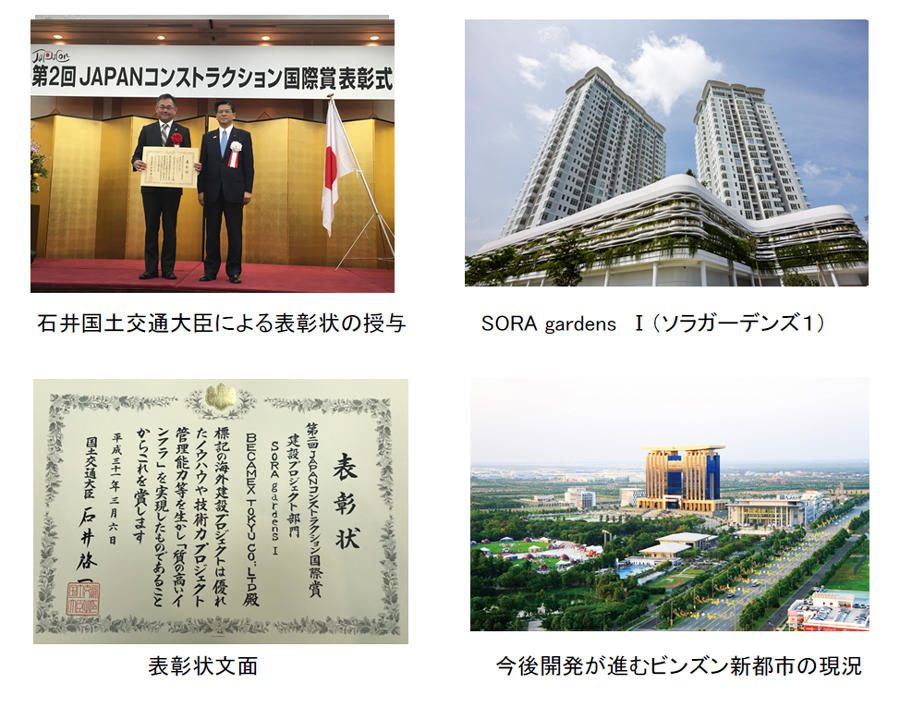